The Island of the Time Before

Smith Island is the vanishing home of one of the last living remnants of colonial U.S. history.
Roads & Kingdoms Link to Story

An American Triathlete In Cuba

A trip to triathlon's newest frontier for one of the most historically significant races ever.
LAVA Magazine (print) Link to Story

A blind athlete and his guide reach a finish line neither thought they'd ever see.
LAVA Magazine (Print) Link to Story

Day One was FESTIVAL TIME; Day Two was for music fans and for general weirdness.
Earbuddy.net (Photos and words) Link to Story

Dressed entirely in black, the raven-haired Nash was a striking indieboy crush-target.
Earbuddy.net (Photos and words) Link to Story

A Gang of Wizards

Who are the Wollongong Wizards?
LAVA Magazine (print) Link to Story

Women's triathlon has been given provisional status by the NCAA. What does it mean for our sport?
LAVA Magazine (Print) Link to Story

Never Get Out of the Boat: An Ötillö Catalina Race Report

Ötillö Swimrun Catalina had wild bison, cute little Catalina foxes, and hills that could only be called dumb.
Triathlete Magazine Link to Story

Explore Your World By DIY Tri

Use some outside-of-the-box thinking (and gear) to create an adventurous, DIY triathlon.
Triathlete Magazine Link to Story

We put these wallet-breakers through a five-hour chafe challenge to see what happens.
Triathlete Magazine Link to Story

Tales from the Trail: Nazi Valley

A tale about an abandoned utopian nightmare and some of the most expensive real estate in the country.
Podium Runner Link to Story
View More Stories

Since 2014, I have been a Senior Writer at Earbuddy.net where I produced album reviews that range from scathing to silly. I also wrote concert reviews (as well as produced photography) and short features.

Beginning in June 2015, I penned a continuous column with LAVA Magazine following the U.S. Olympic process leading up to Rio 2016.

Since then, I've become the executive editor at Triathlete magazine. At Triathlete, I've focused on gear coverage and leading our new membership charge.

Before becoming a professional triathlete in 2007, I ran cross country and track at Penn State University where I also earned a B.A. in journalism with a minor in statistics.

As a former member of the U.S. National Triathlon Team, I have traveled all over the globe, getting into— and out of—more trouble than I care to remember.

It's in this trouble where the best stories happen. 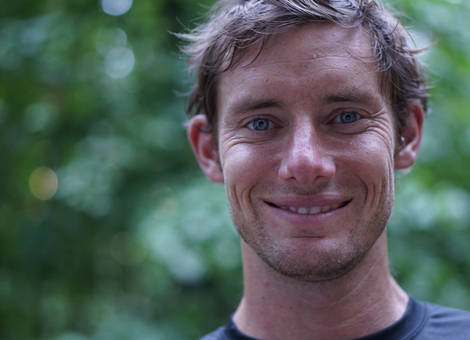